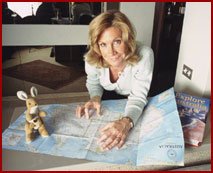 Born in Milan, a documentarist, she has a lot of experience with travel and expeditions in the most savage and unexplored places in the world, from the Amazon to Borneo, to Papua New Guinea and numerous zones of Africa.
Together with her husband, a doctor and cinematographer, she worked for seven years making documentaries for television.

She is the first woman to have crossed alone with the Tuaregs the Ténéré desert in Niger in the Sahara desert following a salt caravan, in October of 1981.

In 1994 she became part of the “Sector No Limits Team” and in the October of the same year she completed a solo crossing of the Salar de Uyuni in Bolivia, The biggest salt lake of the earth, located at an altitude of 3.700 meters, pulling a trolley weighting 130 kilos without any radio contacts. (180 Kilometers in 6 days).

In April 1996 she set off to establish a new world record: alone with a backpack she crossed part of the Kalahari desert in Botswana totally independent from water and food, feeding just on what the desert could offer, without any outside support and having to find water along the travel. (350 kilometers in 15 days)

Between October and November of 1998 she accomplish successfully her hardest challenge. With a backpack weighting 24 kilos she crossed alone and completely independent, the second largest desert, the Taklimakan located in China. This challenge was never accomplished by anyone. She was rewarded several prizes for her athletic activity and her commitment toward the environment. The most significant were: The international award “Fausto Coppi and Costante Girardengo” the “Torretta” award from the Milan town council and the “Ambiente 2000” award.
Between September and October 2003 she achieved her great dream: completing the circle “One Desert per Continent.” Alone, with a backpack weighing 25 kilos on her shoulders, in 20 days she crossed on foot the Simpson Desert, in the heart of the Australian continent between the northern and southern territory. The first woman in the world to conquer this endeavor.

The first three are recounted in her book, DESERT edited by Corbaccio, published
June 12, 1998, the first edition, also translated into German. In June 2006 her second book was published, Silence of the Sand, with the story of the Taklimankan and the Simpson deserts.

In April 2008 Carla crossed the Akaus Tadrarf in Libya, on foot, alone. It was the first time a woman crossed the Libyan desert alone the name of Peace for Africa. She walked for one week in temperatures of 45 C in the day and -3 to -4 C at night in wonderful atmospheres with a rich story.

In November 2008 Carla Perrotti allowed another to live the same experience that she has had through these many years of challenges in the desert. For fifteen days she guided a blind marathon runner Fabio Pasinetti through the white desert of Egypt. 250 kilometers between the high sand dunes and insidious scree. Another success, this time not alone just for herself, but also for another. 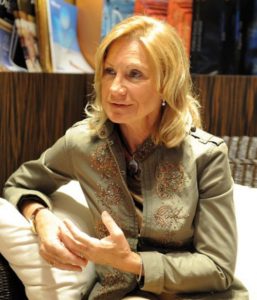 Carla Perrotti is a normal wife and mother, with the same weaknesses and problems of everybody else. A normal woman with a few abnormal interests.
She shares with her husband the interest of extreme travels. Traveller for vocation, she does not recognize herself in any city or place, but only in the emotions dear to her. This is what she comes back to with joy after her challenges.
She love to stay with young people, and with her son Max who is 32 years of age and a big sportsman . She spends a lot of time with him and his friends, talking or just simply listening.

She is instinctive, impulsive, enthusiast, if she makes a commitment, she does not tolerate excuses, compromises or delays. That is why her nickname is the “German” even if her origins are Austrian. She likes to cook for her family and guests and enjoys making strudel and jam, even if her favorite is the first, the pasta. She has very simple tastes and likes natural and organic meals.
She loves to read, and do traditional female work such as embroidery, and crochet.
She also love flowers and gardening: she likes to work with the dirt, to breathe the smells and to see the plants growing; she’s enchanted in front of any animal, even the smallest one. Her two loves…nature and animals. This feelings were also passed on to her son, transforming the house in a small zoo where animals live in harmony: Madu, a half-breed dog that was adopted 16 years ago, Baby a small female ferret of seven years, two snakes one is a tree python and the other a large boa. She also takes care with her son Max of a large salt-water aquarium containing a starfish, a morrey hill and a voracious shark.
She walks as much as she can, especially in woods to find wild berries and mushrooms, or simply to observe the life living in it, even if her true passions are the sea and the desert. During her scuba diving years, she spent most of the time playing with the fishes even with those who are considered dangerous, but would let Carla touching them. “I never had any accidents with animals of any species, and I often observed that if they are nervous, the contact with my hands calms them and they became docile. But we have to observe the same behavior rules and learn to understand them, but love can do miracles.” For Carla, love and balance are the key of life. “In pain and physical suffering I have learned that life is joy and has to be totally enjoyed. We have to be part of our destiny.” 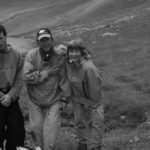 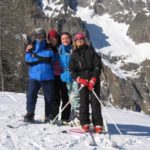 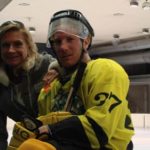 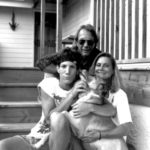 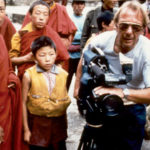 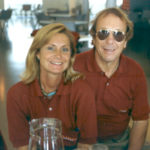 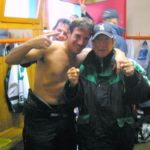 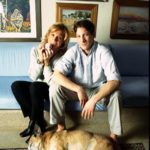 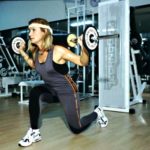 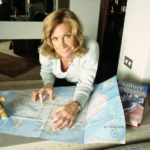 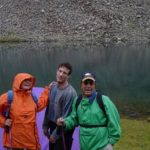 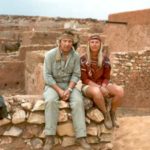 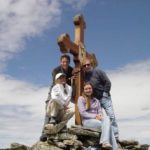 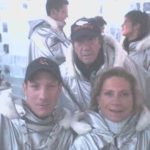 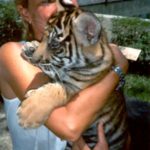 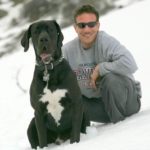 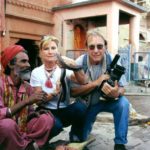 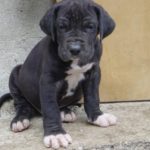 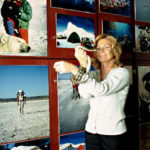 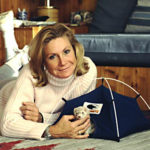 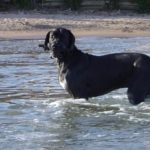 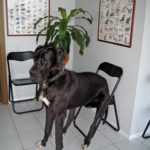 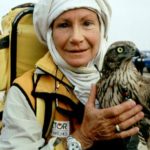 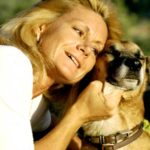