In China, in the Xinjiang region, there is the Taklimakan desert, the second in the world as a non-habitable area. Between the Tien Shan to the North and the Karakorum to the South it has been considered for centuries a natural obstacle on the Silk Road that commercially united Europe to the Far East. It is for this reason that the innumerable legends of this place were born among the merchants where, it was said, there were rich cities with lush gardens but inaccessible to ordinary travelers: anyone who went into Taklimakan did not return there. It is also called the desert that speaks for the effect of the wind on the sand dunes that sometimes rise to over 100 meters. From the experts it is defined as the most beautiful sand desert in the world: large dunes that extend visibly with no form of life and shades that at sunset give rise to particular suggestions. You reach the oasis of Daheyan by off-road vehicles along a splendid route for the colors and for the excitement that the desert can give. In a week we will walk through the desert accompanied by a caravan of Bactrian camels, retracing the itinerary of the Carla enterprise of 1998 and every evening we will place our camp in the dunes. It is one of the few, great trips still possible. We will arrive in Mazartagh, a fortress with an obscure meaning, which indicates the end of the desert where we meet the Hotan, the ghost river whose waters have been lost under the sands: here our trek ends We return with the off-road to Hotan and then in flight we will reach Urumqi and Beijing. 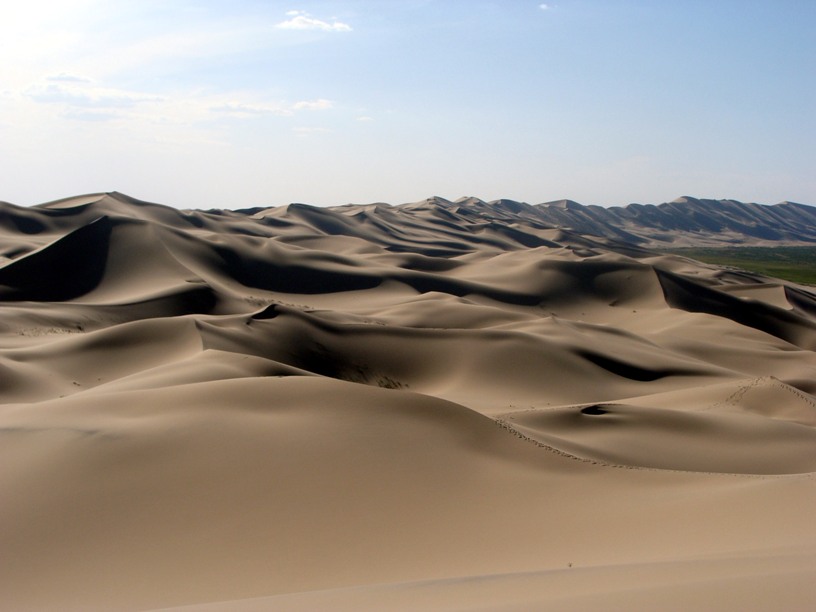